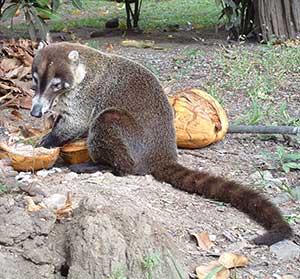 There are several dozen types of mammals that can be found in the vicinity of Santa Teresa, but few are ever seen since there are ever more people living in the area. Species that are here but very rarely seen are:

— Six types of wild felines (Listed largest to smallest: Jaguar, Puma, Ocelot, Jaguarundi, Margay, Caucel). In nine years of living here, I’ve only seen the Margay and Jaguarundi in the wild.
— Silky Anteater (I only know of one sighting)
— Sloth (I know of two people who have seen three-toed sloths here. One in Delicias and one near Playa Las Manchas)
— River Otter

Uncommon, but they’re around

The following animals are now extinct in this part of Costa Rica: 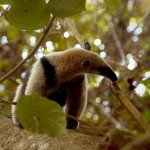 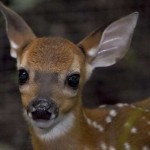 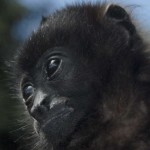 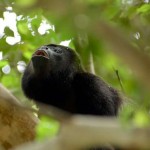 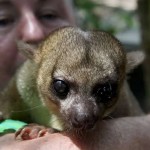 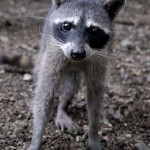 Wild animals in the jungle are one of the most popular reasons that people love to visit Costa Rica, but they face an incredible number of threats. Luckily, the people of Costa Rica are fairly conservation-minded. They are proud of their country’s status as one of the greenest countries in the world. However, with development comes all types of problems, such as:

Electrocution – Killing dozens if not hundreds of animals every year just in this part of Costa Rica (and all over as well), the country’s monopoly electric company (ICE) has done an appalling job when it comes to protecting animals from being electrocuted. They routinely string live, unshielded wires in jungle areas and even the national parks, which horribly burn and maim monkeys, kinkajous, and any other arboreal species that happens to climb on the wire or a transformer. It’s disgusting. You can help by signing this petition: End Wildlife Electrocutions Facebook Group

Dogs – People’s dogs kill animals almost daily here. Unfortunately, pit bulls and other large dogs are popular here, and they kill almost anything they can get their teeth onto. Sometimes they die themselves… disembowled by an anteater or or pincushion by a porcupine. I once saw a small porcupine that had taken out three rotweilers by itself and didn’t have a scratch on him. If you have a large dog, do your best to train it to leave animals alone.

Inbreeding – Although Costa Rica is famous for its jungles, an area like the Southern Nicoya Peninsula has a large percentage of area that is cattle fields. Many animals won’t cross this, and thus can’t reach other groups of animals to breed properly. Inbreeding leads to weakness of the species. They are more susceptible to disease, fungus, and environmental changes.

Cars – The obvious one. Actually we don’t see a lot of dead animals on the roads, because people don’t drive too fast on the bad gravel roads, and cars make a lot of noise, giving animals time to get out of the way. Once the pavement/asphalt roads come, we’ll probably see an incredibly amount of squashed wildlife.