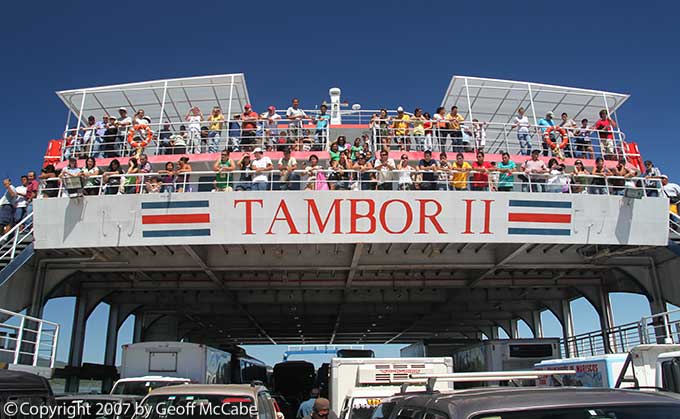 How to Fly, Bus, Drive, or Walk to St Teresa & Malpais

Renting a Car and Driving to Malpais: 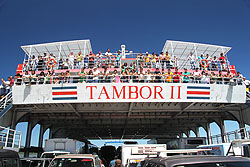 Some tourists prefer to kick off their Costa Rica experience with a good old-fashioned road trip, albeit a short one.  If driving is your preference, you will have to opt for a car rental, which will cost the same as taking the shuttle if you are with at least two other people.  There are a number of rental car companies in the area, but guests are cautioned to be very careful in choosing which ones to do business with.  Some companies tend to charge hidden fees, which would be a definite budget killer.Budget Car Rentals is a company wec an strongly recommend as it is known as an honest local business and somewhat of an institution in providing adequate transportation arrangements for tourists from all over the globe.  Budget is forthcoming about all the fees their charge and advocates the rights of customers.  In addition, it has two local offices that are very easy to locate.  From the airport, you can expect to arrive at the Puntarenas Ferry in about one and a half to two and a half hours, depending on your driving speed.  First time tourists are advised to take it slow and keep their speed below 40 miles per hour to avoid any accidents and/or getting lost.  There are visible signs everywhere so all you need to do is pay attention and keep you eyes on the road.

A Faster Way to Get Here!  If you haven’t been to Costa Rica in a few years, you’ll be happy to discover that a new road from San Jose to Caldera has been opened. You can take it to get to the ferry an hour earlier.   As of this writing, road signs have yet to be put up  so it is very important to follow these directions to the letter:

To avoid any confusion or misunderstanding, you can call the Ferry line directly (2661-2084 extension 4) to inquire regarding the  departure times.  Keep in mind that the recording is in Spanish so you may need to get someone to help you translate the message. The official ferry website: Naviera Tambor

There are two ferries that shuttle tourists to and from the vicinity, one going to Paquera and the other is to Naranjo.  You should take the Paquera Ferry and upon arrival, drive left to Cobano (this should take about 45 minutes on average). If you take the wrong one, you can drive south for about 45 minutes to get to Paquera anyway, but don’t try it in rainy season unless you have a 4WD vehicle.

From Cobano, go straight through towards the west, and follow signs to Malpais/Santa Teresa.

Flying to the Southern Nicoya Peninsula:

Flying here is a great idea. The flight is spectacular, especially the early morning flight, and well worth the ticket price just for the flight itself. It saves you 4+ hours of travel time too. You can arrange a rental car agent to meet you at the Tambor airport when you arrive also, to make everything very convenient.

Two airlines offer flights to Tambor, which is 45 minutes or so to Malpais and Santa Teresa.

Sansa is really a very poorly run airline in many respects. They have the following problems consistently:

• Not great customer service… sometimes they don’t even answer their phones.
• They don’t post their flight schedule online, so you can’t easily plan your trip. Example: at this moment they don’t have any of their current or future flight times posted!
• They don’t allow you to book your flights far in advance. For example, I just tested their booking engine and there were no flights scheduled for around Christmas, when everyone is booking now.
• Their online system often doesn’t work right such as right now when I just tested it for writing this article.

Sometimes their flights are cheaper, but the real reason that people fly Sansa is that they’re located in the International airport in San Jose, so for most people, it’s much more convenient to catch a Sansa flight to their final destination.

The alternative airline is:

Nature Air is better in just about every way, plus they have nicer planes, except for one big factor, which is that they fly out of a regional airport in Pavas, in the middle of San Jose. If you’re in San Jose anyway, then that can be very convenient. But for most travelers,

How Else can I get to Malpais?

Private Vehicle (Rented Car with a Driver) This transportation arrangement can be booked through Montezuma Expeditions and the rate ranges from $160-200, for a maximum of four people.  Each extra person will be charged another $25.   This is still a bargain considering it takes you all the way to Malpais without having to disembark and transfer to another vehicle.   In addition, the service can leave San Jose airport and whatever time you wish, giving you total control of your  schedule.Water Taxi– This is another way to go, which many first time tourists prefer because they get to experience Costa Rica intimately right off the bat.  The water taxi station is about an hour away from San Jose.  You will have to take a speedboat to Montezuma, which departs at 10:45 in the morning.  From the station, you will board the taxi,, which will take you all the way to Malapis.

Helicopter or Private Plane There is much to be said about riding in luxury and there is definitely nothing more luxurious than being flown in a chopper or private plane all the way to Malpais.  Those who are looking to get to Malpais in style and are willing to spare no expense, flying via helicopter or private plane is definitely a great choice.

VIP Costa Rica Charter Flights are available all year round (barring severe weather problems), and the rates are as follows:

By plane from San Jose non-stop to Tambor Airport:

By Helicopter from San Jose to Tambor Airport

Jaco Taxi Boat This is a great option that many people don’t know about. From San Jose you can take a bus to Jaco (Herradura to be exact) and from there, catch a super fast speedboat that will jet you across the Gulf of Nicoya to Montezuma in about an hour. If you time it right, you can probably get from San Jose to Montezuma in 3 hours total. The ride is really bumpy and can be wet, but it can be fun since you can see whale, dolphins, jumping rays, etc. They will wrap your luggage in plastic bags so it doesn’t get wet. Jaco isn’t a great place, but many travelers coming here also like to go to Manuel Antonio or locations south of there, so the taxi boat can be a fun and time-saving way to get around Costa Rica.

Are the electrical outlets in Costa Rica the same as those in the US and/or Canada?

Are there any ATMs in the general vicinity?  What currency should I bring when traveling to Costa Rica?